The 20-plus miles that Greg Price runs everyday is something that comes second nature to the 41 year-old Chief-Technology Officer at Troy University. What may turn some heads however, is the fact that his competitive races have taken him on journeys much longer than the 20 miles he runs around the City of Troy.

Price is an endurance runner whose races vary in length from a 26.2 mile standard marathon to a 200 mile trek in the harshest of terrains.

“It is definitely a passion, folks that are close to me may call it more of a obsession,” Price said. “The passion for running has always been there.” 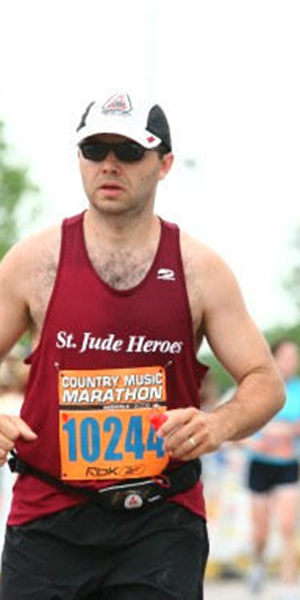 Chief Technology Officer for Troy University Greg Price entered competitive racing at the age of 14 and has run several marathons and treks. Price is currently training to compete in the United States of America Track and Field Endurance Championships being held this fall in Cleveland, Ohio.
SUBMITTED PHOTO

Price entered the competitive racing scene right around the age of 14 and immediately fell in love with running, using it as a rehab and therapeutic tool after he suffered an injury on the tennis court.

In his early 20s Price found out he was built for long distance running rather than the popular speedy, short distance races.

“When I was growing up the biggest races everyone wanted to watch and win were the races that were one mile or shorter. Who wanted to watch a race that lasted for three to four hours?” Price said. “So we started training to run faster and faster. Unfortunately fast runners are more muscular and I am not designed like that.”

After coming to the conclusion that he was more suited for longer races, Price started training and competing at the national level.

After attempting to qualify for the 1992 Olympics, Price continued his training and set his sights for the 1996 Olympics in Atlanta.

“I was training in Colorado. It was a lot of hard work. The technique we learned was run as fast as you can for as long as you can,” Price said. “The adjusting to the altitude was very difficult.”

While in Colorado, Price was the given the opportunity to train with the best American middle-distance runner of the time.

“I was trying to make the 5k race in ‘96 and I got to train with Bob Kennedy. Bob was spectacular in the ‘96 Olympics, setting several American records,” Price said.

“It was fun, and I didn’t give it up. I kept running after that and eventually I discovered a wild group of athletes, calling themselves endurance runners.”

Although skeptical of the group at first, Price entered his first long distance race, a 100-mile run through the Shenandoah Valley in Virginia.

“It was the most awful thing I have ever done in my life. It was all off-road, which I was not accustomed too,” Price said. “It went through all types of terrain you can imagine: water, hills, mountainous areas, and loose gravel.”

Price was hooked, though, and kept trying to run the endurance races. Not wanting to quit is what drives Price.

“I enjoy it immensely, I am not oblivious or naive to what I am about to do. Running 100-200 miles is not trivial,” Price said. “You can physically damage your self. One of my friends died in a race I was in.”

Of all the races that Greg Price has been involved in, from the 100 plus mile run through the woods, to a simple jog around Troy University the most rewarding runs are the ones for charity.

“The most rewarding races that I have run have been here in Troy,” Price said. “For the past several years I have run Relay for Life races here in town that were 100-200 mile races right in town. To be able to do that in the city for a charity that a lot of people support, and to be able to see my family and others that just came out at various times are very memorable.”

“What’s really cleaver is the way the race organizers are keeping people engaged and how they pull people in that normally see running as boring,” Price said. “They have made races fun, with all the paint and crazy outfits that people are wearing. I think its great whatever you need to do to get people to participate.”

Currently Price is in training for the Unites States of America Track and Field Endurance Championships this fall in Cleveland, Ohio. Finishing in the top six in the event will qualify Price for a sport on the USATF World Championship Team. Price will continue his training and decide in August if he will accept the invitation to compete in Cleveland.

“I will run a lot of miles, do some biking, and resistance training,” Price said. “I’m primarily focused on building endurance.”