7-on-7: Charles Henderson and Pike Liberal Arts compete in… 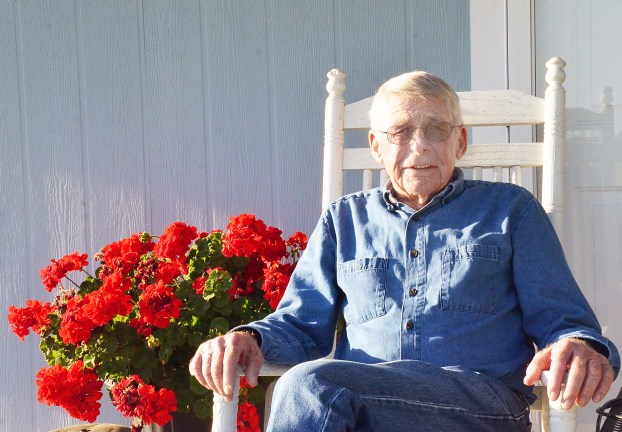 When the Brundidge Business Association selected Frances M. Galloway as the Grand Marshal of the 2018 Independence Day Parade in Brundidge Saturday, folks wanted to know, ‘Who’s that?”

Few people know Galloway by his given name but everybody knows “Brochie.”

Brochie Galloway has long been well known throughout the area and, now that he brings the house down at the We Piddle Around Theater, he is known far and wide.

Galloway is known as a jack-of-all-trades. He has been involved in farming, construction and teaching. He plays the guitar and piano and loves the outdoors.

Shehane said Galloway continues to be active in community theater and on the dance floor and at his church, Williams Chapel United Methodist Church.

The Independence Day Parade is a patriotic event and Galloway said he is honored to be the grand marshal.

“I don’t deserve to be but it means a lot,” he said. “I’m proud of my military service and of the opportunities that came with it.”
Galloway graduated from PCHS in 1951 and at the height of the Korean Conflict.

“Eight of us went straight out of high school and joined an Army reserve outfit in Troy, 866 engineering battalion Company C,” Galloway said. “Back then, when boys turned 18, they had to sign up for the draft. We went to the reserve so we could all stay together.”

“Our first assignment was Fort Huachuca in Arizona,” Galloway said. “It still had the stables where the cavalry’s horses were kept.”

From there, Galloway went to California for more training and shipped out from Oakland, California.

The mystery of Galloway’s assignment heightened when his ship sailed through the Panama Canal.

“There was a contingent of Colombians at the rear of the troop ship,” he said. “We stopped in Columbia and let them off. We stopped in San Juan, Puerto Rica and picked up some nationals and went on to Norfolk, Virginia. We ran out of fresh water and couldn’t wash clothes and had to bathe in salt water.”

From Norfolk, Galloway’s battalion sailed to France where he served out his enlistment and returned to the states on a troop ship.

“We were on the sea a lot and that got rough at times,” Galloway said. “But I got to see a lot of the world that I would never have seen had I not joined up. I saw The Louvre, the Eiffel Tower, Notre Dame Cathedral, The Statue of Liberty, just so many things that I’ll always remember.”

Galloway said he was fortunate that he didn’t have to do battle but he has great respect and admiration for those who did.

As the Grand Marshall of the 2018 Independence Day Parade, Brochie Galloway will honor America’s veterans for their service, their sacrifices and also honor America, the land that he loves.