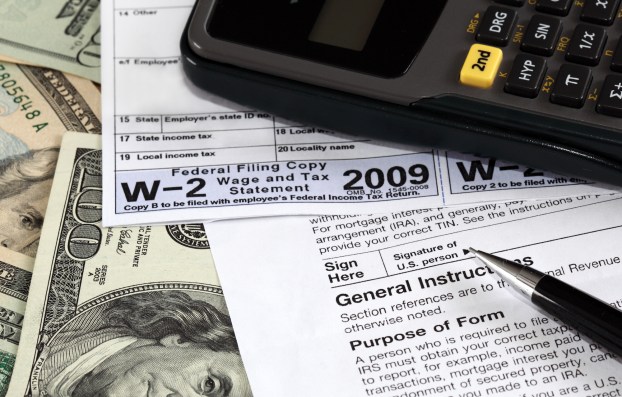 TAX SEASON: IRS says refunds will be given out as usual despite shutdown

What effect will the government shutdown have on the upcoming tax refund season?

A Trump administration official said Monday that taxpayers who are owed refunds will be paid on time and the IRS has declared that it will carry on business as usual beginning on January 28.

Shirley said he is not so sure that everything will be able to run smoothly though if the government shutdown does not come to an end.

“There are drastic changes to the 10-40 form this year,” Shirley said. “My concern with the shutdown is we could anticipate a computer meltdown. With the new format there’s a learning curve; they certainly don’t look more simple than before. The software hasn’t been updated and nobody will be at the IRS to fix software problems.”

Shirley said the shutdown is already having on an affect for people who are attempting to file their tax returns late for the previous year.

“Nobody is able to file right now,” Shirley said. “That window has been closed.”

The acting director of the White House budget office, Russell Vought, said customary rules will be changed to make the payments possible. He told reporters that an “indefinite appropriation” was available for the refunds, which would go out as normal.

As it dragged through a third week, the partial government shutdown could not have come at a worse time for the Internal Revenue Service. Tax-filing season officially begins Jan. 28, and while those who owe Uncle Sam will still have to pay up by April 15, people who are due to receive money back have worried about whether the closure could postpone their payments.

About three-quarters of taxpayers receive annual refunds, giving them an incentive to file their returns early. Many lower-income people count on refunds as their biggest cash infusion of the year.

The IRS said late Monday that it will recall a large number of furloughed employees to process returns. They will probably work without pay. Under the previous rules, hundreds of billions of dollars in refunds could be delayed because funding would not be available.

Some experts question whether the Trump administration has the legal authority to reverse those earlier policies to allow the government to issue refunds during a shutdown.

In 2011, the chief counsel at the IRS concluded that such payments were legally allowed during a shutdown. At the time, the White House Office of Management and Budget, under President Barack Obama, rejected that position and directed the IRS not to pay refunds during a shutdown. But the IRS said Monday in a news release that the OMB had reviewed the issue at the Treasury’s Department’s request and now agrees with the IRS counsel’s position.

The IRS said it will recall a “significant portion” of its roughly 52,000 furloughed employees to work on tax returns. The agency also announced the Jan. 28 date to start processing returns. That’s within the normal timeframe.

“We are committed to ensuring that taxpayers receive their refunds notwithstanding the government shutdown,” IRS Commissioner Charles Rettig said in a statement. “I appreciate the hard work of the employees and their commitment to the taxpayers during this period.”

The Associated Press contributed to this report.