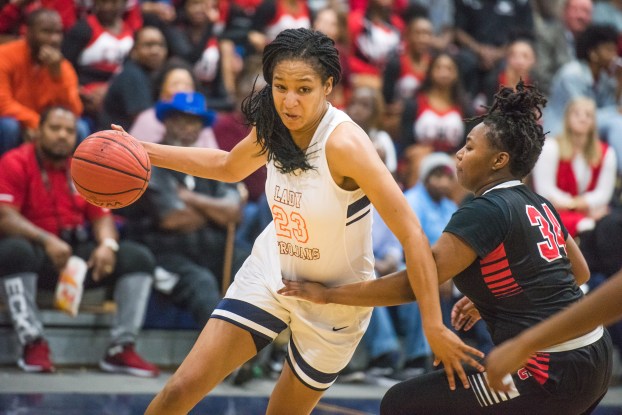 Maori Davenport made her triumphant return to the basketball court at Charles Henderson High School after being ruled ineligible by the Alabama High School Athletic Association in November 2018. Davenport had played just four games of her senior season and the AHSAA twice upheld the ruling when CHHS appealed.

AHSAA moves to have Davenport case transferred to Montgomery or dismissed

The AHSAA is asking for a court case to determine the eligibility of Maori Davenport to either be moved to Montgomery or dismissed for lack of jurisdiction.

“The AHSAA filed motions today with the Court asking the case be either transferred to Montgomery County based upon a consent form signed by the student-athlete and her father or dismissed for lack of jurisdiction,” said Jim Williams, attorney representing the Alabama High School Athletic Association in the case. “The AHSAA is also requesting Charles Henderson High School and Principal Brock Kelley be added as parties to the case since the school requested the eligibility ruling from the AHSAA.”

The AHSAA ruled Davenport ineligible on November 30, 2018 after discovering she had accepted an $857.20 stipend check from USA Basketball for her time playing with the Under-18 team in Mexico over the summer, where she won a gold medal.
Charles Henderson officials appealed the ruling twice to the District 2 board and Central Board of Control, arguing that she was mistakenly sent the check from USA basketball and that Davenport accepted the check only after getting confirmation from USA basketball that it would not violate any rules that would make her ineligible.

The case gained national attention in the media and was shared on social media by such sports stars as Kobe Bryant, Chris Paul and Billie Jean King.

Davenport also traveled to the State Legislature and rallied support form politicians, who have drafted a bill to gain a level of oversight over the organization and passed a resolution calling on the AHSAA to reinstate her.

The Davenport family also filed a motion for a temporary restraining order and permanent injunction in the case, claiming that the AHSAA’s ruling was arbitrary and that the AHSAA is even guilty of collusion.

“The complaint does not claim that the Amateur Rule was not violated when the student-athlete accepted the $857.20 from USA Basketball,” Williams said. “Instead, the complaint claims the rule is “arbitrary” because it does not allow for “innocent mistakes” and that the AHSAA “colluded” to rule her ineligible … The AHSAA denies these claims. The Amateur Rule has been in effect since 1928 and the specific prohibition against payment for “loss of wages” since 1930. The Rule plainly and unambiguously prohibits what occurred here. It is undisputed that a student-athlete accepted $857.20 for loss of wages. Further, the AHSAA denies any allegation of “collusion.” Two boards in two separate hearings upheld the ruling that the student-athlete was ineligible. The Amateur Rule was violated and the AHSAA followed the clear and unambiguous Amateur Rule. The board members are career educators, principals, coaches, and superintendents who each stand by their vote, the integrity of the AHSAA, and the plain wording of the Amateur Rule which was written and approved by AHSAA member schools.”