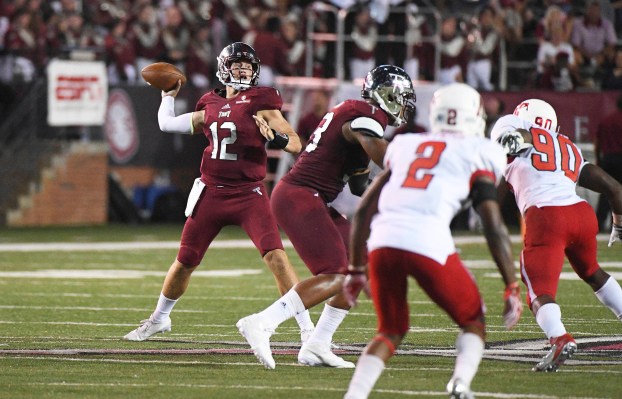 Former Troy quarterback Brandon Silvers will get another starting opportunity when he starts the opener for the XFL’s Seattle Dragons.

The XFL season is scheduled to begin on Saturday, February 8 and Silvers along with the Dragons will be on full display in game one against the DC Defenders.

This won’t be Silvers first starting gig in a professional league. He was a starter for the Memphis Express earlier this year. The league later folded before the conclusion of the season and the former Trojan was selected by the Dragons.

During what was a competitive training camp and preseason, Dragons head coach Jim Zorn named Silvers the starter and named former Seattle Seahawk backup quarter B.J. Daniels as back up.

Daniels served as the Seattle backup between 2013 and 2015 and was well known by the Seattle community.

“He’s (Silvers) probably been more effective throwing the ball,” Zorn told the Seattle Times. “He doesn’t move as well as B.J., but his concern is to do what he does well. B.J. is coming on, and we have high expectations for him, but we can only play one at a time.”

In his four seasons with the Troy Trojans, Silvers finished with 10,677 yards with a 64.1 completion percentage and he finished his career with a 135.8 passer rating.

Silvers spent time in the New Orleans Saints and New York Jets camp prior to the start of the 2019 NFL season.

Silvers and the Dragons will take on DC beginning at 1 p.m. on February 8 and it can be seen on ABC.