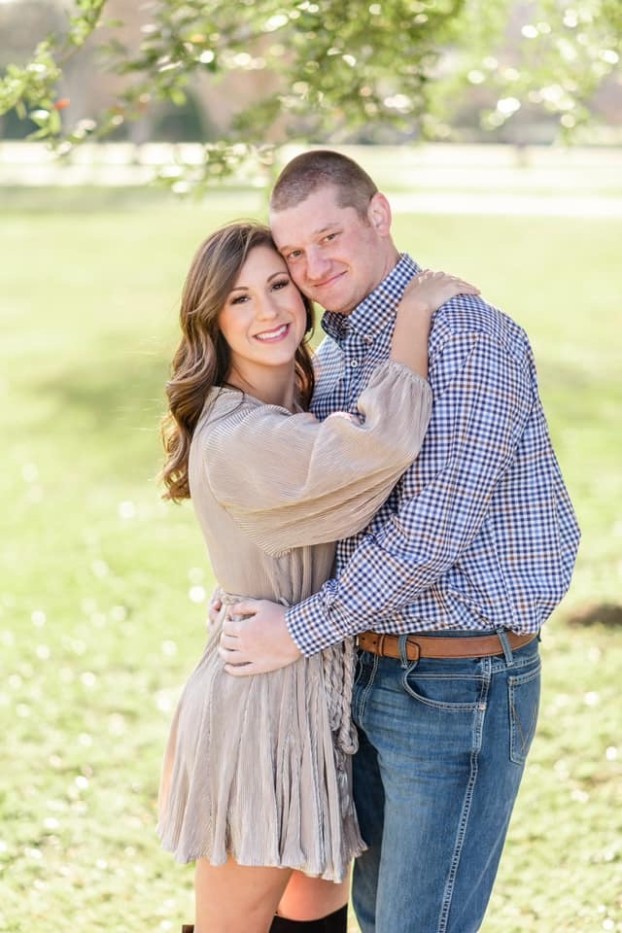 Ashlyn Johnson and Houston Mabray had to change their wedding plans due to social gathering restrictions during this time of COVID-19 spread. The couple will still marry on April 4, but instead of a big crowd they will celebrate only with parents and witnesses.

It’s not the wedding they had planned

Every little girl dreams of a storybook wedding.

Or course, as times change, so do the dreams.

Ashlyn Johnson of Troy had her dream and that dream was to come true on April 4, 2020.

Ashlyn and her Prince Charming, Houston Mabray, planned their own storybook wedding in beautifully decorated First United Methodist Church of Troy with close friends as bridesmaids and groomsmen. Family and friends would fill the sanctuary. Music would be played and vows would be said. At the reception there would be laughter, hugs, kisses and best wishes for the young couple. Then a honeymoon to a far away island before settling down together Newnan, Georgia.

But, the coronavirus pandemic became a reality and that changed things.

“Houston and I realized that we could not have a large gathering of people so it would not be possible to have our wedding as we had planned,” Ashlyn said. “Some couples that we know were postponing their weddings or getting married at the courthouse. Although there was nothing special about April 4, except that was the day we had chosen for our wedding, Houston and I decided we wanted to do as planned and be married on our wedding date.”

But it would not the wedding they had planned.

Plans for the wedding had to be canceled or changed. There was the venue and then the flowers, the food, the guests, the honeymoon, so much.

The disappointment diminished but stress took it place.

“It was very stressful for a while,” Ashlyn said. “It seemed that every 24 hours something changed. But we depended on the Lord to make our wedding what it was supposed to be. We knew we had to be flexible; it was a learning process.

Cards had to be sent to let family members and friends know wedding plans had been changed “but not the date.”

“Some of them had made travel plans,” Ashlyn said. “There was more to do than we had even thought.”

Changing the plans for Ashlyn’s storybook wedding was definitely a learning process and a challenge.

“Friends said to us, ‘oh, so sorry,’ but, although nothing has gone as planned, we are going to make everything a positive,” Ashlyn said. “We know that God’s plan is bigger and better than anything we had imagined. Nothing is going to steal our joy.”

So, on Saturday, April 4,2020,  Ashlyn Johnson and Houston Mabray, will be joined in holy matrimony. The venue was moved outside and there will be a much smaller gathering than planned. Smiles and thumbs-up will replace hugs and kisses friends and family and friends will practice social distancing.

But, the happy couple will stand close as they bind their lives together in their own storybook wedding as planned on April 4, 2020.

Editors note: Ashlyn Johnson and Houston Mabray are lifelong Trojans. Both are graduates of Charles Henderson High School, he in 201 and she in 2014, and Troy University. Houston attended LBW and played baseball there and at Troy University. Ashlyn is also a Troy University graduate and was cheerleader and a member of Phi Mu. His major was risk management and hers communication. They will make their home in Newnan, Georgia where he is employed in the insurance field. The couples wedding celebration is TBA.