Trojans adjusting to life without football 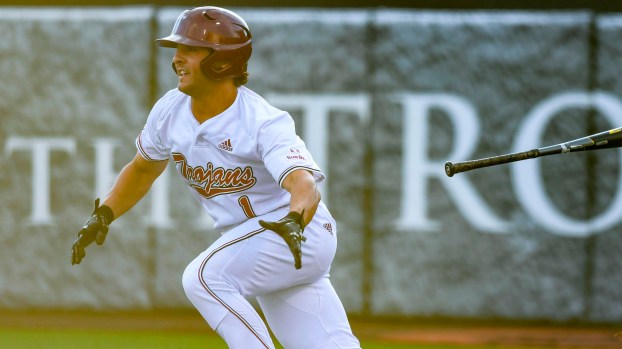 The Troy Trojans baseball team will welcome back six seniors from the 2020 roster to Riddle-Pace Field next February, while the softball team announced that Katie Webb will be back next season.

The COVID-19 coronavirus canceled all NCAA spring sports in March. A short time after, NCAA announced that all spring athletes would receive an extra year of eligibility.

Frederic came into the 2020 season as one of the most experienced Trojan players in team history. He ranks in the top-10 nationally in games played, runs, hits and stolen bases.

“He gets the rare opportunity to come back for a sixth year,” head coach Mark Smart said on Twitter over the weekend. “Glad he decided to come back. He’s had a great career up to this point. He’s been a strong leader in our program the last two years and I know that will continue going forward.”

Frederic sported a .409 average in his 17 starts this season before the cancellation. He had 11 stolen bases with one home run and 13 RBI.

“He has gotten better every single year,” Smartt said. “He was on pace for a great senior year. I am proud to say he will be returning for the 2021 year and be a valued option out of our bullpen once again.”

Senior Dalton Sinquefield was one of Troy’s better hitters this season. He was batting .333 with three home runs and 11 RBI. He finished with 10 extra base hits after picking up seven doubles. Sinquefield is a career .313 hitter with 51 RBI and 28 extra base hits.

Fultz has had 58 appearances out of the Trojan bullpen during his career. He had a 3.38 ERA in 2020 before the stoppage. He has 62 career strikeouts in 56.2 innings pitched.

Moore has made 14 appearances out of the Trojan bullpen and has struck out 14 batters.

“Really excited to have Katie back for another year,” said softball head coach Beth Mullins on Twitter. “She has been a staple in Troy and in our lineup since her freshman year.”

“I’m so excited that I am going to be part of such a special year,” Webb said. “I know it’s going to bring great things