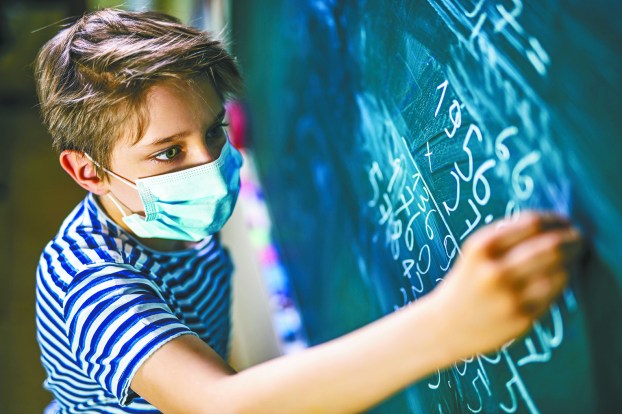 MONTGOMERY, Ala. (AP) — Alabama Gov. Kay Ivey on Wednesday extended a state order requiring face coverings in public for another month and expanded it to include students in grade 2 and above in an attempt to slow the spread of COVID-19 as schools reopen.

Ivey’s action, announced during a Capitol news conference, added more than four weeks to an earlier order that had been set to expire on Friday. The mask order will now last through Aug. 31. Hospital officials had pushed for an extension, saying the state’s intensive care units are nearly full because of the new coronavirus.

“Y’all, we just must remain vigilant if we are going to get our kids back in school and keep our economy open. Wearing a mask can’t hurt, but it sure can help,” Ivey said.

The Republican governor, in a nod to the opposition some conservatives have to the mask orders, said her job is “to do the right thing, not necessarily the most popular thing.”

“These decisions are not easy, and they are certainly not fun,” Ivey said.

State Health Officer Scott Harris said the extension was the right thing to do, particularly as students head back to school beginning next week. Alabama has had more than 81,000 people test positive for COVID-19, with more than 22,000 of those cases coming in the past two weeks.

Harris said the numbers may have flattened out over the past few days but it is too soon to know for sure. He said about 1,600 people with the coronavirus have been hospitalized in the state, a new high that he said is probably a reflection of social gatherings that took place over the July Fourth holiday.

“I know people don’t like being told what to do, and I don’t either, but I believe it’s the right thing to do. … But there is no argument about whether (masks) are effective,” Harris said.

The mandate, which Ivey announced on July 15, requires anyone older than 6 to wear a mask when in public and within 6 feet (2 meters) of someone who is not a relative. It makes exceptions for people who have certain medical conditions, are exercising or performing certain types of jobs. Harris said previously that it would take two, but preferably three weeks, to judge if the mandate was making a difference in transmission rates.

The governor, who is a former teacher, also urged school systems to gradually phase in in-person classes “if at all possible.”

“While I respect those districts that have opted to go to virtual classrooms, I feel with all my heart that a slide will come by keeping our kids at home,” Ivey said.

Superintendent Eric Mackey perviously estimated that 40% to 50% of public school students will be doing distance learning in the fall, either because their district is doing only online classes for the first nine weeks or because parents are choosing it as an option.

Hospital officials had urged Ivey to extend the order.

“We feel strongly that Governor Ivey should extend it for several more weeks,” Dr. Ricardo Maldonado with the East Alabama Medical Center said in a statement the hospital posted on Facebook. “Our COVID-19 census now is dangerously high.”

Maldonado said hospitals need to see their patient counts fall before the mask mandate is lifted.

He said the state in recent days has seen a slight decrease in the number of confirmed coronavirus cases, but he noted that as of Tuesday, 90% of the state’s intensive care beds were full, the highest number since the pandemic began.