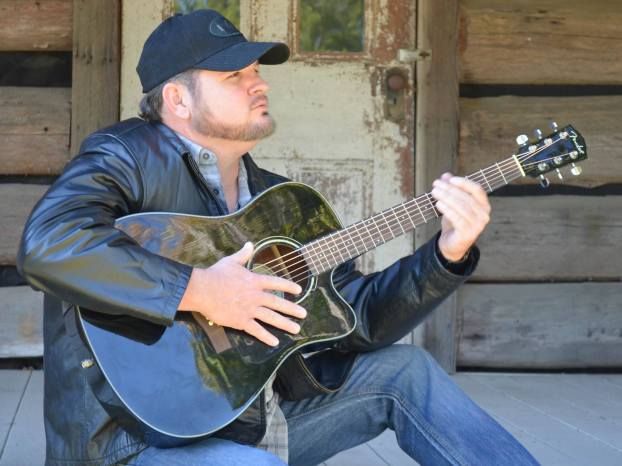 Singing and songwriting are in Teddy Ray Bryant’s blood.

His mother was a singer/songwriter and he is thankfully blessed that her talents were passed on to him.

His mother once opened for country music star Marty Robbins. His hope is to, one day, also hitch onto a star.

Bryant was born in the hills of northeast Kentucky and grew up listening to Bill Monroe and Ralph Stanley so bluegrass runs deeply in his blood.

Bryant’s family moved to Troy when he was 12 years old and that’s when he began to pick the guitar. Song writing came naturally for the youngster.

“I figured if somebody wrote songs, somebody had to sing them,” Bryant said.  “So, I’d play and sing.”

Even as a youngster, Teddy Ray, realized that his passion for music was in the writing of it rather than in the singing. There was just something about writing music that intrigued him.

In time, Bryant got a job, got married and had a family

“My family came first so I decided to put music on the backburner, at least for a while,” he said. But once music gets in the blood, it’s usually there to stay.

So, in time, Bryant began to write songs again and sing.

In 1999, Bryant signed his first publishing contract with a publishing company, Barrister Records/Endless Highway in Opp. That contract would later open doors for him in the music industry.

However, it was a song that Bryant wrote and sang on facebook that gave him his first wide exposure.

He was “discovered” by a huge audience that loved yet “another” country song.

Through that exposure on facebook, coupled with the joint partnership with Endless Highway Publishing Company, Bryant was able to join with the British record label Rock Solid Talent Entertainment and bring more country music to the United Kingdom.

Bryant said his songs were “It Just Ain’t Right” by Greg Windham and “He Went from Never Going to Leave to Gone” sung by Krysten Smyth and written with Wesley Laird, CEO of the Barrister Records/Endless Highway publishing company.

Bryant said he is proud and honored to have the opportunity to help bring more country music to the United Kingdom.

He has an upcoming interview with a popular magazine in the UK and the possibility of the signing to a label and even a tour, “over there.”

On the home front, Bryant has a scheduled recording session that will highlight band members including Martina McBride’s steel guitar player and the drummer for Dustin Lynch.

Hopefully, Teddy Ray Bryant has hitched onto a star but he’s not giving up his day job at Sikorsky, he said with a chuckle.