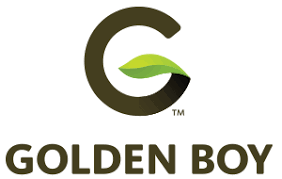 Golden Boy Foods, a leading manufacturer of private label food products, plans to invest more than $13 million in an expansion project at its production facility in Troy, creating 67 full-time jobs.

To expand peanut butter production, Golden Boy will modify its existing Alabama manufacturing facility and occupy a 170,000-square-foot building being constructed by the City of Troy’s Industrial Development Board and leased on a long-term basis to the company.

The growth will essentially double Golden Boy’s industrial footprint in Pike County, where it has operated since 2011.

The project calls for Golden Boy to install $13.3 million in equipment to expand production of the pantry staple at the Alabama site. Troy’s IDB is investing $12.5 million to purchase land and construct the building to accommodate the company’s growth plans.

“Golden Boy Foods is excited to expand our Troy, Alabama Nut Butter facility,” said Plant Manager Robert Jacobs. “A key factor in selecting to expand the Troy facility has been the outstanding business relationship that we have shared with local and state officials since the inception of the plant in 2011.”

Jacobs said the City of Troy and the Industrial Development Board helped facilitate the project, which will expand the plant’s production by 150 percent and improve working conditions for employees with an air-conditioned workspace.

“We believe this will allow even greater productivity. The work ethic we have found is second to none, again leading to our decision to expand in Troy,” Jacobs said. “We are proud to call ourselves Trojans and will continue to look at opportunities to further our investment in Troy. We will be one of the largest nut butter plants in the U.S. and firmly believe that this growth will continue into the future.”

With construction on the new building in Troy beginning in the fall, Golden Boy expects to start expanding its operations into the facility by late spring 2021.

“The expansion of Golden Boy Foods will allow Troy to become home to one of the largest private label nut butter facilities in North America,” Mayor Jason Reeves said. “We look forward to continuing a prosperous long-standing relationship that benefits both Golden Boy and the community.

“The addition to Troy’s diversified manufacturing and industrial base, of which Golden Boy is a great asset, will continue to impact our local economy for years to come,” he said.

Golden Boy Foods is one of the largest manufacturers of private label and contracted manufactured nut butter in North America as well as a significant supplier of premiums nuts, fruits and trail mixes to major North American retailers.

Golden Boy production sites in Georgia and Nevada were also considered for the growth project. The company last expanded in Troy in 2016 and now has 112 employees there.

“In Alabama, we have a long track record of working together as a team to find creative solutions that help companies thrive and grow after they arrive in our state,” said Greg Canfield, Secretary of the Alabama Department of Commerce. “Our team looks forward to working with Golden Boy Foods to facilitate the company’s future growth in Pike County.”