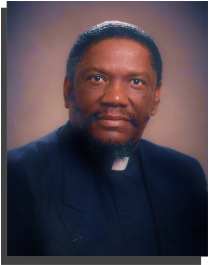 The death of Bishop S.D. James, chief executive officer of the S.D. James Evangelistic Association in Banks, brought sadness to the local area and to the many lives he has touched around the world.

Having been called to preach, James began public ministry in the summer of 1940 in revival at the Church of God in Christ which was then located on Emerson Street in Montgomery. He preached in little churches, big churches, on porches and street corners, wherever people would listen. During his formative years, James saw the need for a nondenominational, non-prejudiced, all-nation, full-bodied ministry of Jesus Christ.

“Bishop James was a remarkable leader and man of God,” said Troy University Chancellor Dr. Jack Hawkins, Jr. “His ministry extended far beyond the borders of America but his roots were planted deep in the soil of Alabama. During many of his travels abroad, I would receive a card or letter from him. His message was always encouraging and supportive of Troy University.

“I will miss his friendship and he will be missed by everyone who was blessed to be touched by his ministry.”

Around 1977, James came to the rural Pike County countryside and began a ministry that spread to distant islands and across the oceans.

Pastor Martha Griffin said the mission of James was winning souls for the Kingdom.

“It was Bishop James’ desire to turn lives to the Lord,” Griffin said. “His desire was also to reach the souls of all nations. His ministry was worldwide.”

Griffin said James brought his mission to the Jerusalem Campgrounds in Banks and out among the people.

“Each summer, Bishop James reached out to local communities with the Each One Reach One Leadership Celebration in Brundidge in an effort to bring the people of the local communities together,” Griffin said. “But Bishop. James didn’t stop there in his desire to reach souls of all nations and turn them to the Lord.”

Griffin said James visited the Holy Land several times and came home each time even more dedicated to reaching souls at home and around the globe.

Griffin said James was a father figure to all of those at Jerusalem Campground, from the children to those much older than he.

“What we must do now, is gather the pieces and go with what Bishop James taught us,” Griffin said.

Chantell Rouse of the Jerusalem Campground said James was an international pastor and leader who also believed in supporting local businesses and in giving back to the community.

“Bishop James has a strong hometown relationship and reached out to the community in many ways,” she said. “He worked to make Pike County an even better place for everyone.”

“Bishop James pushed us, his followers, to be the best that we could be and to always put God first and to excel spiritually and in our natural abilities. Whatever we did, we should do 100 percent and even more when working for the Lord.”

Rouse said James’ belief was that those who worked for the Lord should be fair, honest and righteous in all things.

“Bishop James started his career as a scientist but gave up that career to be a fulltime missionary for the Lord,” Rouse said. “He was a wonderful speaker, a wonderful pastor and an international leader who set an example for all of us.”

Rouse said those to whom James ministered at Jerusalem Campground and throughout the world will carry with them the directive found in Philippians 4:9: Those things, which you have both learned and received and heard and seen in me, do and the God of peace shall be with you.”

Jimmy Ramage, former Brundidge mayor, said James will be missed in many ways and in many unknown ways.

Ramage said each summer, James hosted a leadership celebration in Brundidge in the belief that if each person would reach just one person in friendship and caring the world would be a better place.”

Troy Mayor Jason A. Reeves said James has been instrumental in the Leadership Conference that the City of Troy and Troy University have hosted for 14 years.

“Bishop James was kind to me personally and was certainly a leader in the community and throughout the county,” Reeves said. “He was someone who could always be depended on to help people in times of need.”

Troy Public Relations Director Shelia Jackson was a longtime friend of James and worked with him each year at the Leadership Conference.

“Bishop James was a shining example of a Christian leader,” Jackson said. “He was always guided by what was right and he always did what was right. He was a loyal friend, a trusted leader and godly man in every respect. His leadership will be missed and his friendship will not be forgotten.”

James was the Senior Bishop of Evangelistic Pentecostal Churches (Worldwide), Inc.   He was the chief executive officer of the S.D. James Evangelistic Association, Incorporated; the president of Maranatha Bible College and Ministries Training Institute; the CEO of Jerusalem Campground, Bethlehem Ephratah Ranch Operations; president of S.D. James Enterprises; editor-in-chief of Open Door Publications/Outreach Magazine; and author of over 200 books, transcripts and periodicals.