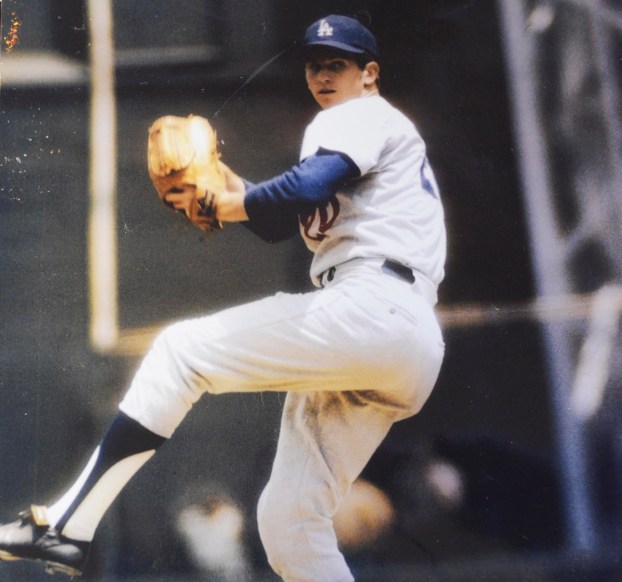 National Baseball Hall of Fame pitcher and a longtime announcer for the Atlanta Braves, Don Sutton died on January 18, 2021.

Sutton was a native of Clio and has family in Barbour and Pike counties.

Sutton had a stellar 23-year Major League baseball career beginning with a 209 strike-out rookie year with the Los Angeles Dodgers in 1966.

He was in the team’s starting pitcher rotation with Sandy Koufax, Don Drysdale and Claude Osteen. Sixteen of Sutton’s 23 Major League Baseball seasons were spent with the Dodgers.

He also pitched for the Houston Astros, Milwaukee Brewers, Oakland Athletics and California Angels before ending his career back with the Dodgers.

In his Major League career, Sutton won 324 games and pitched 58 shutouts, winning 51 of those. He pitched five one-hitters and 10 two-hitters. He was seventh on the all-time strikeout list with 3,574 Ks.

He was inducted into the National Baseball of Fame in 1998 and the Braves Hall of Fame in July 2015 for his work as a broadcaster.

A section of U.S. Highway 29 is named “Don Sutton Highway.

Sutton’s stat that is not often recognized is one that his brother Ron Sutton of Troy said is perhaps the most important.

“In 756 starts, Don never missed his turn in the rotation,” Sutton said. “That was the third most all-time behind Cy Young and Nolan Ryan. That says a lot about Don and his work ethic. He got that from our dad, who was a sharecropper in the Clio area. Our dad knew what it meant to work and work hard. He passed his work ethic on to us.”

“Mama was 14 and Daddy was 17,” he said. “Mama had been running a house and Daddy had long been doing a man’s work. They knew what it meant to work.

Sutton said it is a misconception that his brother grew up in Clio.

“Don was only five years old and I was three when our family moved to Molina. Florida,” Sutton said. “Back then, there were more opportunities there than in rural South Alabama, but with Don’s work ethic, he would have developed into the kind of baseball player he was no matter where we lived.”

Sutton, laughingly, said when Don was about 14, three of their uncles bragged they could hit him.

“They spent an entire Sunday afternoon trying but they never got the bat on the ball,” Sutton said, laughing.

Young Don Sutton played summer baseball with Pony, Colt and Babe Ruth leagues in the Pensacola area and was a standout within each.

Sutton said his older brother taught him a lot about pitching.

“He taught me how to throw strikes and the importance of quality strikes,” Sutton said. “He taught me to throw a curve ball and that the most important thing for any pitcher was control. He was a great teacher.”

Don Sutton went on to play a year of college ball at Gulf Coast Community College and then for a semi-pro team in the Midwest.

“At Gulf Coast, Don pitched a no-hitter against Pensacola Junior College and lost on a fielder’s error,” Sutton said. “He cried all the way to the bus. He was just that intense.”
Sutton said the Yankees thought his brother was too small but the Dodgers signed him to play Class A ball in Santa Barbara, California where he had a 6-1 season and AA ball with Albuquerque, New Mexico where he finished with a 16-6 record.

The Dodgers realized Sutton’s talent and his dedication to the sport and his craft and signed him. He was fourth in the starting rotation behind Koufax, Drysdale and Osteen.

“Don played 23 years in the Big Leagues.” Sutton said. “He always played and practiced with intensity.  Don had the talent and the opportunities to be successful but it was his intensity that made him the Hall of Fame player he was. I credit our dad with instilling in him the desire to do his best and be his best. You can have all the talent in the world but if you don’t have that drive and that intensity, you might as well not have it.”

Ron Sutton was a good baseball player. He had talent but “I just played baseball for fun,” he said, laughing. “But my brother played for the love of the game and always with unbridled intensity. That’s what made him a Hall of Fame baseball player and a mighty good man.”