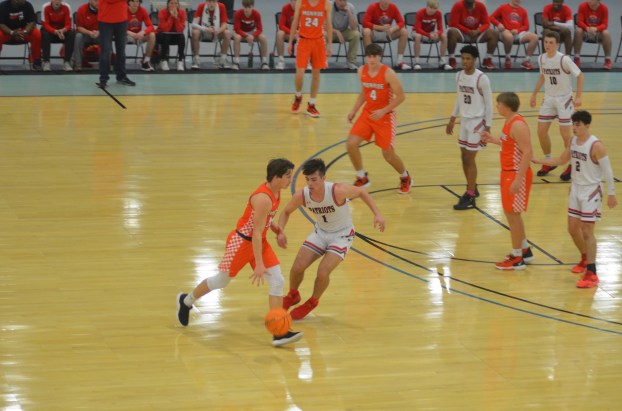 The Pike Liberal Arts Patriots will play for a state championship for the second consecutive season Wednesday afternoon beginning at 2:30 p.m. and the Troy Messenger will be there to bring you all the action.

The Patriots knocked off Lee-Scott Academy in the AISA Final Four last Friday to earn a rematch against the defending state champion Tuscaloosa Academy Knights beginning at 2:30 p.m.

“We have had a good week of practice and the guys seem to be really focused in,” head coach Matt Brown said. “I think we are ready to get up there.”

“We have talked about how this is what we have been playing for all season long,” Brown said. “This is what the goal has been the whole time. It’s right here in front of us. The guys are gamers and when the lights come on they show up. That’s what we are looking forward to starting tomorrow.”

The Patriots fell to the Knights 63-47 last season in what was a close game in the first half before the Knights opened up their lead in the third and fourth quarter. The two teams met in the regular season in December with the Knights coming away with another win.

“We have to play our game,” Brown said. “Late in that game we got out of what we did and started doing what they like to do. Similar thing happened when we played them in December. We came out and tried to match their game, which is not our game. Once we settled back in we were able to settle back into it. We understand if we are going to win this game, we have to come out and dictate the tempo and the pace. If we can do that I think we’ll be ok.”

It’s sure to be a packed house at the Crampton Bowl Multiplex on Wednesday afternoon. Brown expects his team to try and block out all the noise and stick to their brand of basketball.

“We need the players to come out and do what we do best and not let the crowd influence them,” Brown said. “I think it happened last year when we got too hyped and burned out late in the game. We want to feed off the crowd’s energy, but we don’t want to depend on their energy to dictate what we want to do.”

The Patriots roster has many players that have won state championships in either baseball or football over the last few seasons, and Brown believes that could play a factor on Wednesday.

“Winning breeds winning,” Brown said. “This school has won a lot in baseball, there are a lot of baseball players on this team and we won in football and battled through adversity when we lost to Glenwood in the regular season and turned around and beat them in the championship game. We are hoping to duplicate that.”