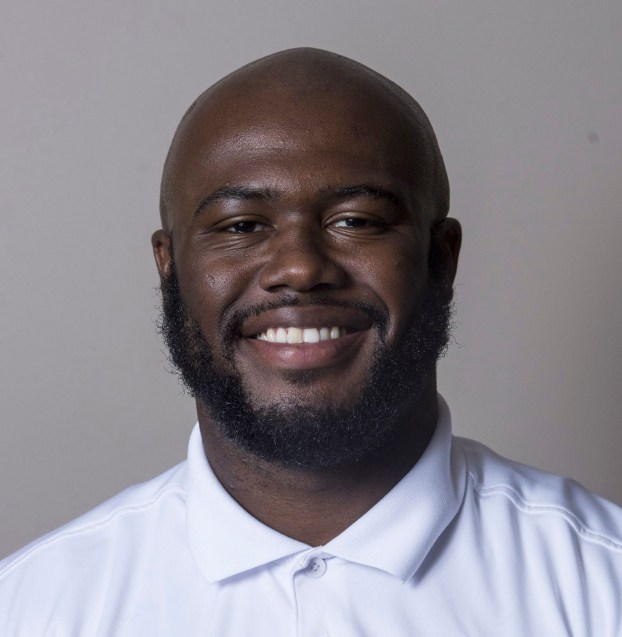 Quinn Hambrite was named the new head football Coach of Charles Henderson High School Friday morning in a special called meeting by the Troy City School Board of Education, a move that brings much excitement to the campus of CHHS and the community.

Troy City Schools Superintendent Cynthia Thomas was very pleased with the new hire Friday morning, not only for what Coach Hambrite brings to his new position of athletic director of CHHS, but also what he brings in the shaping and molding of student athletes.

“I am extremely excited and I am very confident with the hire we have made with this young man,” said Thomas. “In talking with him he understands our vision for this program, that being academics first, getting the kids to the next level academically, as well as helping develop the kids socially, emotionally, and then obviously athletically. He gets our vision for that program.

“I knew that he had strong relationships with the students. He came from a humble background and beginning, and he gets the kids that sometimes don’t come from environments that are such that the resources that the kids need, so he gets all of that, and sometimes we have those kids. Sometimes these programs are the lifelines for these kids to get to the next level from a poverty situation. He truly gets that, and that is his goal, to help those kids know that they matter, and we value them. In talking to him and his goal for what he wants to do, I felt like he was the best guy for our kids.”

Having served as the defensive coordinator of Carver High School of Montgomery from 2018 to present, Coach Hambrite also was the strength and conditioning coach for the Wolverines. Prior to working with Carver, Coach Hambrite was the Head Coach of Central-Hayneville in 2017, an assistant at Hillcrest-Evergreen High in 2015-2016, and beginning his coaching career at Carver as an assistant in 2013-14, and at Prattville High in 2012.

Having received his Masters at Alabama State, Hambrite also played football at Huntingdon College under Head Coach Mike Turk from 2009-2012, and was an inductee of the National Football Foundation Hampshire Honor Society.

Perhaps the best perspective of the character of Hambrite was shared by CHHS Principal Lise Fayson, who was impressed with her interactions with the man even before the school had made any decisions as to whom to hire.

“We had not even made the decision, and I was just showing him the campus, and as we were touring the campus we were in the athletic facility and a couple of kids came over and asked if he was the new football coach,” said Mrs. Fayson. “He said, no, he was just touring the campus. But he said to one of our defensive backs, ‘You’re number 30, and you look really good in these areas and you are a tough kid.’ He knew three or four of the players, he knew their numbers and obviously had done his homework on Charles Henderson.

“One of our seniors came over and the senior said ‘If you come here can I have another year of eligibility?’ Coach Hambrite asked the student what his plans were on playing, and the kid looked down and said he did not have any offers. I butted in and said his ACT is 21 and he has an excellent GPA, and is a great kid. By the time Coach Hambrite had got home that night, he had text me and said regardless of whether this job works out, he wanted that kid’s information. He said he had already seen his film and he had already started reaching out to college coaches. To me that showed a lot of concern, as he was already helping our kids. That senior cannot do anything on the football field because he is done playing. That showed me his character as a man. It was amazing. I’m beyond excited for a new chapter.”

Hambrite was unable to be at the board meeting, as he was scheduled to have outpatient surgery Friday, but a pre-recorded video message of he and his wife and two children was shared with all in attendance.

“I want to thank you for the invite to your family and I promise you that you are always welcome in our family as well,” said Coach Hambrite. “I thank you all for trusting me with your kids, with your players, and I plan to make sure they extend their education whether it be a four-year college, whether it be junior colleges, whether it be trade schools. Most importantly we need to get our football players signed, and we need to win some football games. That’s the ultimate goal, to win some football games and build high character young men in the process. We thank you so much for this grand opportunity. Go Trojans.”

Hambrite will be on campus Monday, Feb. 22, for his first day of duty.