Cruise-in to fun on the Troy Square 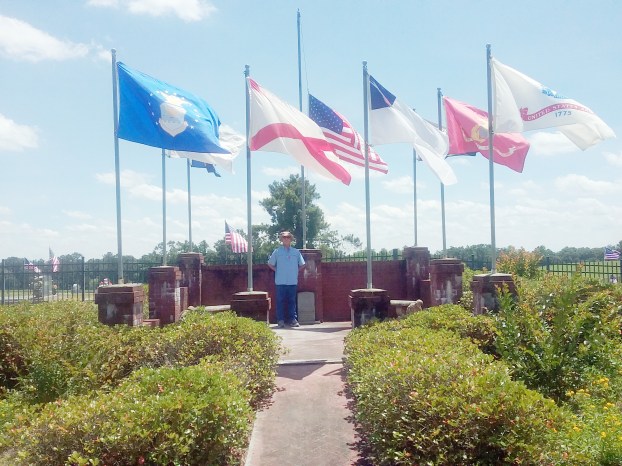 Photo By Reba Ivey Brock Larry Dawkins, current primary caretaker for the Elam Veterans Memorial, waiting for the appropriate time to return Old Glory to the top of the staff.

The Veterans Memorial located adjacent to the Elam Baptist Church Cemetery near Elamville was the site of yet another Memorial Day service, Monday, May 31, 2021. The service was conducted by members of Brundidge VFW Post 55077. Two prayers, the placing of the memorial wreath, the reading of the poem, “More than a Name on the Wall,” a four-gun salute, and the playing of “Taps” were shared by members of the Brundidge post who have assisted in Memorial and Veterans Day events for several years. The sound of the trained voice of local 20-year-old Army PFC A.J. Robinette singing “The Star-Spangled Banner” joined the wind as they breezed past the flags stately displayed at the memorial monument. All those present were invited to join in a pledge of allegiance to our United States flag before they were presented a timely message from US Air Force SMSgt (retired) Wanda Danner Mehlhoff of Millbrook.  Mrs. Mehlhoff and her immediate family’s military service was extensive with her 26 service years being only a part. Having connections to the area, she had several extended family members in the audience as well as deceased members buried in the adjacent cemetery.

Following the formal activities, an opportunity was given those who wished to share personal thoughts or service experiences. Love of country and respect for those who gave much was the prevailing theme of the numerous stories. A unified spirit was felt as we listened to individual accounts – some expressing gratitude for surviving their experiences and others stating with pride that family members have chosen a military career.

According to oral history, the idea of the Elam Veterans Memorial was inspired by Homer Danner and supported by other members of the Clio VFW Post 8039 that was located by Brundidge Highway near Clio. Other members remembered from that time were Alex Brock, Amerine Ivey, Ray Shipman, Donald Tillman, Roy Harvey Stafford, Coy Danner, and Riley Danner. Mr. Coy and Mr. Riley Danner are the only two surviving members of the group. When the group decid-ed to disband, money on hand was used to establish the memorial. The inscribed message on the original marker that continues as a part of the memorial reads, “VETERANS MEMORIAL – DEDICATED TO THOSE WHO SERVED HON-ORABLY IN OUR NATION’S ARMED FORCES – V.F.W. POST 8039 –ELAM CEMETERY.” A few years later, in 2000, Coy Danner enlarged the memorial by constructing a brick wall with pillows to support the display of our national flag and flags representing the branches of military service. Benches and military themed  statuettes were strategically placed within the enclosure. Shrubbery surrounding the construction enhanced the patriotic remembrance.

Larry Dawkins is the current primary caregiver to the Veterans Memorial and the display of flags honoring veterans. Weathering of the flags requires at least two replacements per year. Larry Dawkins welcomes anyone wishing to contribute to-ward the upkeep of the memorial to send donations to him at 71 Danny Road, Ariton, Alabama 36311. 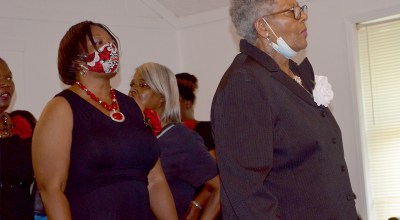