Young artists paint the sun and moon: A quarlsome… 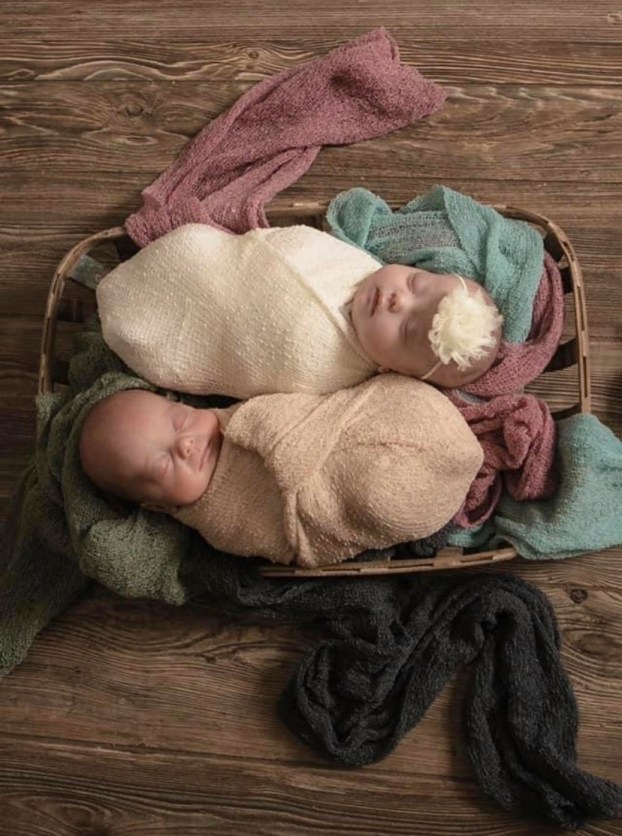 Contributed Photo The christening of Holden, John Thomas and Alyce Grace Jordan on Sunday, was a very special occasion. Their parents, Eric and Whitney Jordan, were not planning to have more children.

The desire of many children who are first-borns is to have a baby brother or sister.

So, Whitney Jordan was not surprised when, back in April 2020, four-year-old Holden said she had two babies in her belly.

“I told Holden that I was not going to have a baby and certainly not two,” Whitney said, laughing.

But the youngster was insistent.

“Yes, you are. My granddaddy told me you are,” Holden said.

“That surprised me because Holden had not seen Eric’s dad recently,” Whitney said.

But her son’s reply gave Whitney an unsettling feeling.

“No, my granddaddy that’s up in heaven told me. Pops told me,” Holden said. Whitney was stunned at her son’s acknowledgment of her dad, John Wiley Mitchell. Holden was so young when his Pops died.

“Sonic is a boy on the Hedgehogs’ game and Minnie is Minnie Mouse,” Whitney said. “That was Holden’s way of saying I was going to have a boy baby and a girl baby. And, he said Sonic and Minnie were coming at Halloween and we needed to have cupcakes for them.”

Whitney tried to convince Holden she was not going to have a baby. Eric told him, “no way!”

“We are not going to have a baby” but… three weeks later Whitney and Eric learned they were, indeed, going to be parents once again.

That was a real surprise for the couple. But, nothing could have been more surprising, than when Eric and Whitney learned they were having, not one baby, but two. Twins, just like Holden had said. Just like Pops had told him.

“We didn’t know what to think,” Whitney said. “How could Holden have known?”

The twins were due in December, but were born in a Dothan hospital on September 26, 2020.  John Thomas, a boy, weighed 2 pounds, 3 ounces. Alyce Grace, a girl, weighed 2 pounds, 9 ounces. The preemies were transported to a Birmingham hospital and weren’t released to go home until just after Halloween. Their homecoming was celebrated with cupcakes.

On Sunday, June 13, 2021, the Jordan children, Holden, John Thomas and Alyce Grace, were christened at First Baptist Church in Troy.

“It was just as it should be,” Whitney said. “Our minister is retiring this year. It meant so much to me and to Eric, to all of us, for him to christen our children.”

Every birth is a miracle. It was the foretelling of Eric and Whitney Jordan’s miracles, John Thomas and Alyce Grace, by young Holden, that is one of wonder.

Can it be explained or understood?

“Children, I think, are drawn to God in a special way,” Whitney said. “Maybe someone, maybe my dad, spoke to Holden in some way from heaven. I can’t be sure. But, I do know that Eric and I were not planning to have another baby. But it happened…and just the way Holden said.” Maybe, it was a miracle from heaven as foretold by Pops.