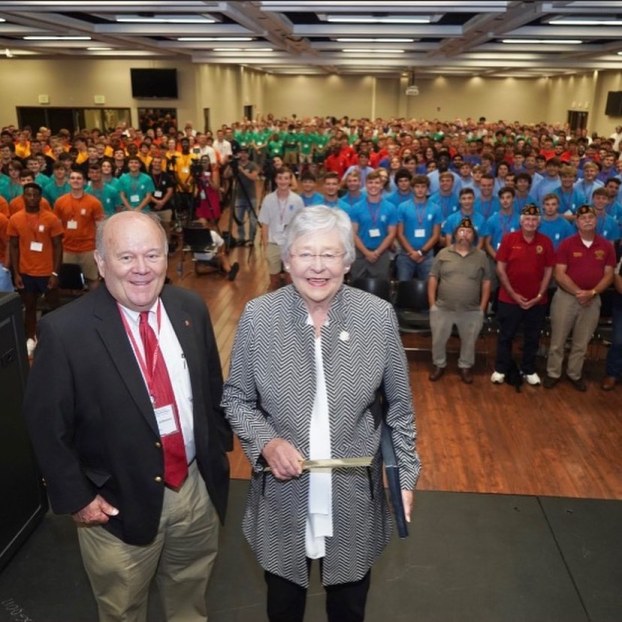 Jheran Turner, a rising senior at New Life Christian Academy, attended American Legion Alabama Boys State at the University of Alabama in Tuscaloosa this past week.

“We, at New Life, are proud of Jheran and all his many accomplishments, from earning the rank of Eagle Scout to representing his community and school well at Alabama Boys State,” Blackmon said. “Jheran has Christian values and character that will take him far in life.”

For Jheran, it was an honor to be invited, a privilege to attend and a great learning experience.

“What I enjoyed most about Alabama Boys State was participating in the mock government and meeting some of Alabama’s greatest leaders, including Governor Kay Ivey, who opened the session,” he said. “Governor Ivey spoke about leadership, about being an active and engaged citizen and how to make a difference.”

“Judge Johnson pushed us to understand the issues that impact our communities and encouraged us to make a difference in our school and in our community,” he said.

Johnson challenged the members of Alabama Boys State to remember what an old wagon driver said, “Them that’s going on with us, get out and push. Them that ain’t, get out of the way.

“I really enjoyed making lifelong friendships with all the members of Cooperstown,” he said.

Jheran received a certificate of attendance and participation at the 84th Annual Alabama Boy State.

In the media release from American Legion Alabama Boys State, Jheran Turner was recognized as a credit to his community and to New Life Christian. He was elected to the House of Representatives and learned the process of writing, debating and passing legislation for Boys State.

He parents are Tonya and Garrick Turner.