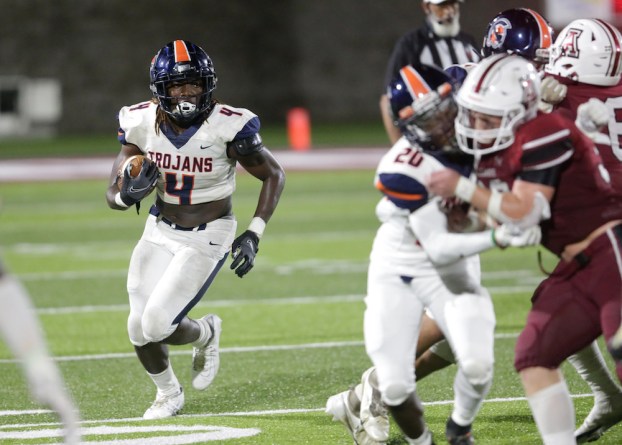 The Pike Liberal Arts Patriots host Chambers Academy on Friday night, one of four local games on the schedule for Friday night.

The Trojans will open the week on Thursday night on the road against Williamson.The Patriots, Eagles and Zion Chapel will play at home on Friday. Pike County is on the road.

The Charles Henderson Trojans will participate in their second Thursday night contest of the year when they travel to Mobile to take on Williamson at Ladd Peebles Stadium.

The Trojans fell in their previous Thursday night game to Early County two weeks ago. They are 0-4 on the season, coming off a 58-28 loss to Andalusia on the road last week.

Williamson has won their last two games. They defeated W.S. Neal 42-0 last week. They come into Friday night’s game 3-2. The Trojans were shut out by the Lions, 30-0 last season.

The Patriots have not only won their last three games, they have not allowed a point since taking on Escambia Academy on Aug. 20.

The Patriots have outscored their opponents 147-0 in the last three games.

Chambers comes into the contest 5-0 on the season. They knocked off Valiant Cross 30-28 last week. They have outscored their opponents 161-37 this season.

The Goshen Eagles come into their home contest against Luverne looking for their first win. They are hosting a Luverne team who is 3-0 on the season and are coming off a 41-0 win over Highland Home last week.

Games are scheduled for 7 p.m.