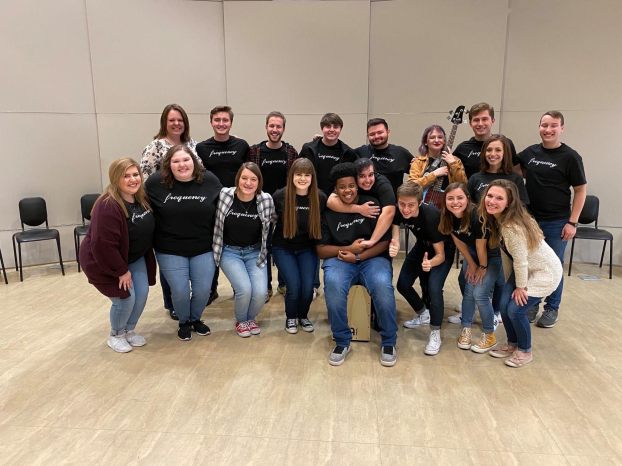 Troy University’s vocal jazz ensemble, Frequency, will be in concert at 7 p.m. Friday in the Long Hall Band Room on the campus of Troy University

The concert is free and open to the public.

Videos of the concert will be a part of an international online choral festival/exchange hosted by a college choir from Malaysia, said Scott Sexton, Troy University lecturer of choral music. “There are eight choirs participating, and we are the only ones from the USA.”

Frequency was founded in 2007 with Sexton as a founding member. “During my time at Troy, there were several of us that enjoyed singing vocal jazz music… and it just stuck,” Sexton said.

“The group has since recorded an album of the vocal jazz arrangements of well-known choral composer/arranger Greg Jasperse and has performed concerts all over the Southeast.”

Frequency has also performed for the Alabama Music Educators Association conference and participated in the Jazz Educators Network conference.

“This group is an auditioned group usually, of around 12 to 16 members, consisting of majors from all over campus,” Sexton said. “We have also had instrumentalists, such as a bass player and a percussionist, in the past. However, this year is unique in the fact that the majority of our music is sung completely a capella.”

The Thursday night program will include various styles of jazz and pop music, including a 40s jazz standard made famous by The Ink Spots and the Manhattan Transfer, Sexton said.

“Also, a set of Sondheim musical theatre arrangements, a set of sacred songs arranged in the contemporary vocal jazz edition,” Sexton said. “We will also explore pop a capella singing and will be singing an arrangement of ‘This is Me’ from the movie ‘The Greatest Showman.’”