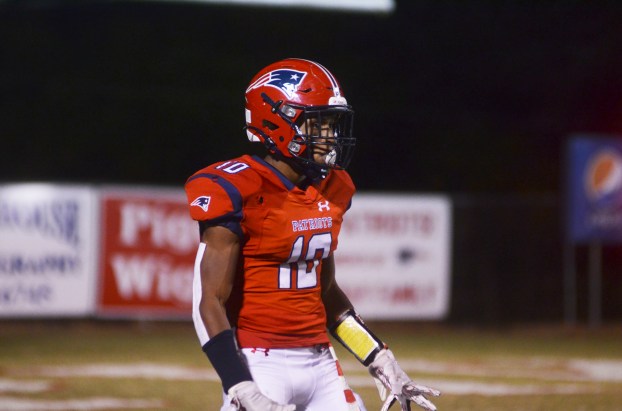 The Patriots are riding a six-game winning streak. The Patriots took their time off to address to clean up some areas of their game as they head into the home stretch of the regular season.

“It’s been a hard year already and we have been grinding kind of hard,” head coach Mario White said. “We gave the guys and the coaching staff some time off to rest their bodies and their minds. We have a serious situation to deal with here late in the season. We’re getting ready for the stretch run. We worked on a lot of things that we needed cleaned up and then we started looking at Valiant Cross.”

This will be just the second all-time meeting between the two schools. Valiant Cross is in year two in Class 3A Region 1. They enter Friday night’s game with a 2-3 overall record and an 0-2 record in region play.

In last year’s meeting the Patriots defeated the Warriors 41-6.

“They will challenge us all across the board,” White said. “They are huge up front and they have a lot of speed. Their quarterback is about six-foot-one and if you give him an inch he’s gone. They have a receiver in number 11, if he gets behind you (the quarterback) will flick that thing about 50 yards in the air. He has a great arm. They have a running back who runs downhill. We have to get our hands on him and gang tackle him. On the defensive side of the ball they are super aggressive and really physical.”

The Patriots enter the game outscoring their opponents 234-74. The Warrior offense is scoring 18 points per game, while their defense is allowing nearly 23 points per game.